(or, the story of how the madness started and never stopped)

As a soon to be published debut author, I’ve been reflecting a lot on the journey so far, not including my entire writing life before I finally took the plunge and decided to pursue writing more seriously.

It’s been one serious rollercoaster of ups and downs since I enrolled on my MA in creative writing for young people at Bath Spa University, almost three years ago. I feel like I’ve barely had time to draw breath.

After a whirlwind of international friendships, classes, workshops, s’mores, lectures, pizza, ghost walks and prize-ceremonies, the culmination of my degree was signing with my wonderful agent, Jodie Hodges, and a whole new full round of edits of my manuscript starting in May 2015.

In October, my agent sent out the script to a carefully chosen batch of publishers and the interest was overwhelming. That led to two meetings in November with publishers (a third cancelled at the last moment but gave great feedback) and the experience I and my friends on the course had heard tell of: publishers trying to make their meeting rooms look like scenes from my book! Cue midnight blue table cloths scattered with shells and pearls, and multiple attempts to bake food from my book, with senior editors desperately phoned to be told ‘the dough won’t rise!’

The next most magical thing to happen was the offer received IN THE FORM OF A TREASURE CHEST. Emotional manipulation? Maybe. Bothered? Not a jot.

I was visiting friends in Virginia when I made the call to Jodie with my decision. Choosing led to a nervous bout of guilt, numbness and watching the 90s animated film ‘Anastasia’ whilst rocking to and fro wearing a towel-turban. Jodie and I signed a deal with Egmont Children’s Books in November 2015 and since then, following the Bologna book fair, other very exciting news has swished my way which I will announce in due course.

This year, life has been a blur of edits, meetings, lunches, book launches and staring out of the window, wondering what happened. I have recently finished the copy-editing stage for book one, received drafts of the cover and internal illustrations (!) and been busily drafting book two.

Book one launches in April 2017 and it’s gonna be a pretty pretty thing (books are a massively collaborative project, as I’ve been steadily learning over the past few years, so it’s cool for me to say that). 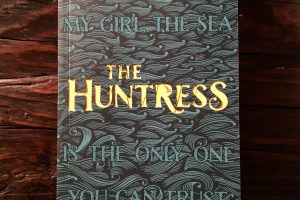 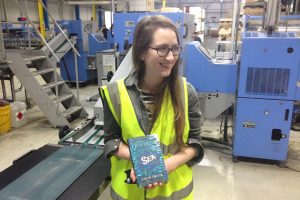 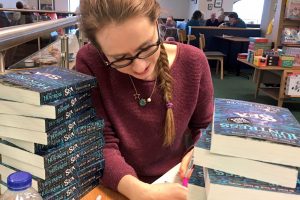 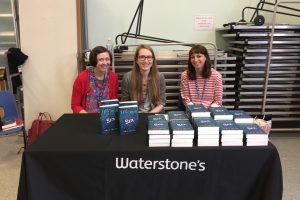 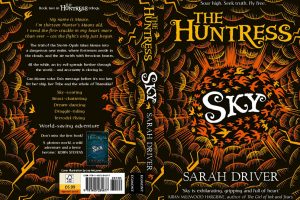 Hello, and happy October! Autumn is my favourite season. I can't get enough of crisp blue mornings, clear, starry nights, gleaming conkers and piles of…

END_OF_DOCUMENT_TOKEN_TO_BE_REPLACED

A strange and wondrous Thing has happened. Suddenly, The Huntress: Sky - book two of The Huntress Trilogy - is less than eight weeks away…

END_OF_DOCUMENT_TOKEN_TO_BE_REPLACED

At the beginning of the month, I was lucky enough to travel to Prague and stay with a friend I've known since we were two.…